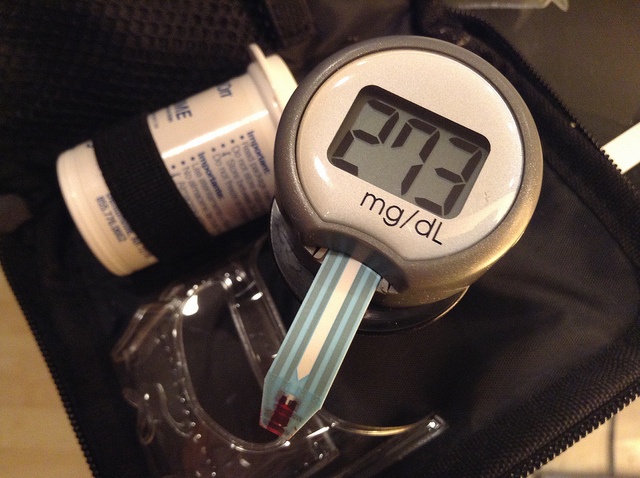 “Previously, it was believed that Alzheimer’s disease was due to the accumulation of ‘tangles’ in neurons in the brain from overproduction and reduced removal of beta amyloid protein,” says senior investigator David Busija, professor and chair of pharmacology at Tulane University School of Medicine.

“Even though the links among type 2 diabetes, brain blood vessels, and Alzheimer’s progression are unclear, hyperglycemia appears to play a role.”

For the new study, published in the Journal of Alzheimer’s Disease,researchers studied cell cultures taken from the lining of cerebral blood vessels, one from normal rats and another from mice with uncontrolled chronic diabetes.

They exposed the cells to beta amyloid and different levels of glucose and later measured their viability. Cells exposed to high glucose or beta amyloid alone showed no changes in viability.

However, when exposed to hyperglycemic conditions and beta amyloid, viability decreased by 40 percent. Researchers suspect the damage is due to oxidative stress from the mitochondria of the cell.

Cristina Carvalho and Paula Moreira from the University of Coimbra in Portugal were co-investigators in the study.