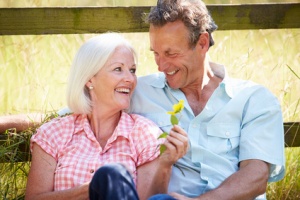 Planning for retirement is an essential part of anyone’s life. Making sure that when the time comes your healthcare needs will be met appropriately and in an affordable manner is a critical piece in that process.

Both Medicare and Medicaid are powerful tools at the disposal of anyone looking to prepare for these scenarios, but the reality is that navigating the requirements, classifications, and qualifications necessary for eligibility in these programs can be confusing at best, and overwhelming at its worst.

Especially when your goal is making sure that every possible medical need will be taken care of without any gaping holes that might risk your wellbeing at such a vulnerable stage of your life.

A common question I usually get when going over an older person planning for retirement (or someone who’s in the threshold of Medicare eligibility) is “Will Medicare and Medicare be enough after retirement?” And the answer, unfortunately, as it happens with many of these subjects involving insurance coverages, is not a simple yes or no.

In some situations, these programs can be set up in such a way that they will either cover the totality or at least take the brunt off the majority of your medical and healthcare needs. However, this is contingent to programs you may or may not be eligible to, and to your particular healthcare needs.

So, in order to help you make sense of the whole Medicare-Medicaid issue in the retirement scenario, I thought it would be helpful to give you a broad perspective on a few key points of how these plans interact with themselves and with each other. And give you a sense of how a person can take the most advantage of them.

Will Medicare And Medicaid Be Enough After Retirement?

Without overcomplicating a subject that gets easily entangled and quickly hard to follow, the basics of Medicare can be summed up like this: It is a public health care program offered to the senior-citizen set (and people under 65 with some disabilities). By being a taxpaying citizen during your working years, you are automatically eligible for Medicare at the age of 65.

Medicaid coverage is divided into four sections (A through D) and some of these require the payment of a monthly premium, just like private health insurance.

The thing is that Medicare by itself isn’t a comprehensive health plan. With traditional Medicare, there are some important gaps in coverage (such as long-term care coverage) which require the purchase of external policies, likeMedigap, to cover those holes.

Medicaid, on the other hand, is a public assistance program based mostly on financial need, backed by public funds collected from taxes. The goal of the program is to provide health insurance to low-income Americans of all ages. Its workings vary from state to state while following some federal guidelines.

There are several instances where you qualify for Medicaid: being pregnant, parent of a minor or teenager living alone, Aged, blind or disabled, and even covers people under 65 with no disabilities in certain circumstances.

Now, while Medicare comes with some considerable premium payments, Medicaid doesn’t. And if you are over 65 and can’t afford healthcare coverage, you should apply for Medicaid. This is a nice seguebetween the two services.

Will Medicare and Medicaid be enough after retirement? – About Dual Eligibility

Being Dual Eligible means that you qualify for both Medicare and Medicaid. Under that status, most (if not all) of your healthcare cost will be covered. Medicaid will serve to pay most of your Medicare Parts A and B premiums (if any) along with deductibles and copayments you may incur into. This applies to both, getting Medicare coverage through traditional methods or through Medicare Part C.

If you are Dual Eligible with full Medicaid, prescription drug coverage (Medicare D) will be handled by Medicare, but you’ll automatically qualify for the “Extra Help” plan from Medicare D, which will pay for your medicines. Finally, Medicaid may cover some drugs that Medicare doesn’t.

As life expectancies run longer and saving up for retirement becomes an increasingly more challenging endeavor, more and more citizens are finding themselves qualifying for Medicaid. In addition to helping with the underlying costs of Medicare, Medicaid also covers somethings that the former doesn’t (like nursing home care) which can be a boon to people at advanced ages.

Be mindful though that Medicaid is an income-based service, and its requirements are very strict. The program severely penalizes people who try to shed some assets shortly before applying, so long-term planning can help you get into the program.