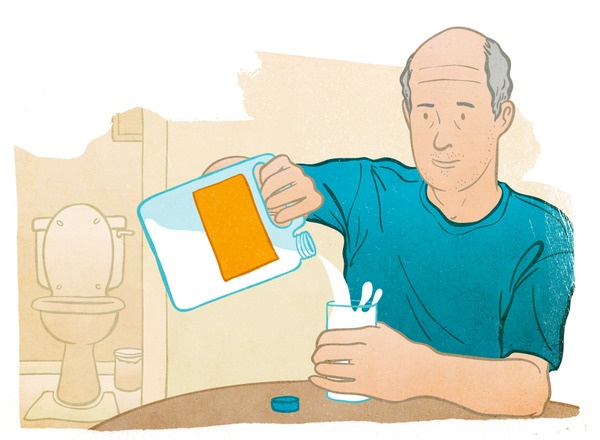 Just a few weeks ago, I got a message from a friend I’d known since elementary school.  We’re now in our early 50s.  What she told me was a chilling story of misdiagnosis and a particularly unfortunate choice that was made.

My friend told me that she had been feeling unwell for months.  During that time, she had been seeing her primary care physician.  The course of events seemed like very normal stuff, until she got to the part where she just found out she has stage IV colon cancer.

How did this happen?  How could someone who’s under the care of a physician wind up with a late stage cancer, almost seemingly suddenly?

It wasn’t sudden.  During the previous year, my friend was prescribed Nexium for GERD.  She was also treated with antibiotics for diverticulitis.  The physician even ordered an abdominal CT scan.  What the medical staff thought they saw was abscessed diverticulitis.  After a course of antibiotics, no follow up CT was done.  My friend said that, had the problem been properly diagnosed at that time, it would have been classified as stage I colon cancer.  It was not.  My friend had to go through several more months of suffering before her condition was correctly identified.

At one point, my friend sought help at a nationally recognized medical center.  She spoke to a GI specialist, who wanted to do a colonoscopy.  But, based on what her primary care doctor had told her, she declined.  He had mentioned to her that, if she had a colonoscopy while her bowel was inflamed, it would raise her risk of bowel perforation.  This worried my friend so much that she told the GI specialist that she preferred not to have one at this time.  The GI specialist said something like this to her:  “I’ve done thousands of these, and have rarely had a problem.”  In hindsight, my friend wishes she had gone ahead with the procedure.

In life, we don’t get do-overs. There’s nothing we can do when our lives are altered by these terrible circumstances, except go forward.  That’s what she’s doing.  My friend has researched her situation and has found the best possible care she can find.  She’s already had a colostomy, and will have chemo and more surgery.

What can we learn from her story?

We know that folks over the age of 50 should have a colonoscopy.  Talk to your doctor about setting one up up. It’s very possible that my friend’s cancer could have been caught when it was still a precancerous condition in the colon.

Don’t allow yourself to get used to feeling bad.  Persist in finding out why you’re not feeling well.  Don’t give up until you know why, and something’s being done to address it. Don’t let anyone discourage you from getting the diagnostics and treatment you need.  Don’t allow anyone to make you feel as though it’s all “in your head.”  And, don’t YOU convince yourself that it’s nothing!  Be your own advocate.