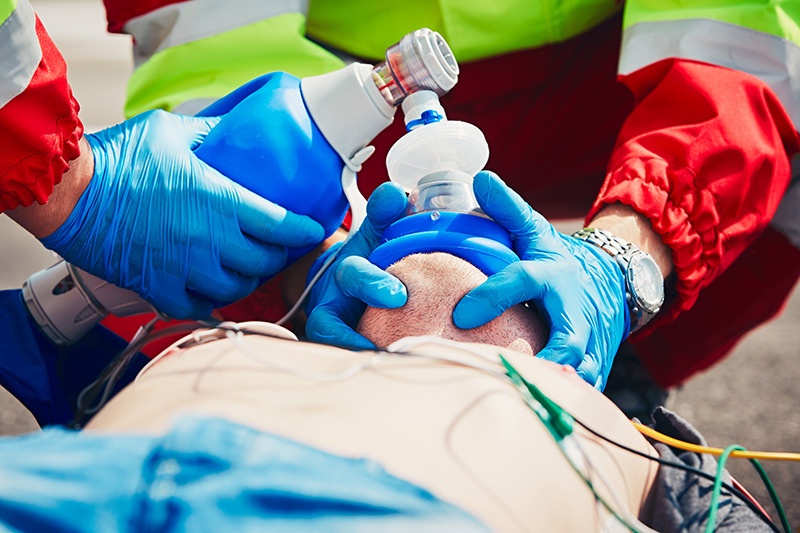 The situation often starts when a person in trouble exclaims, “I can’t breathe! Please help me!”

Why is it that a person can be talking one minute, and dead a few minutes later?

It’s true that if you are talking, you are breathing. But, people often make the mistake of thinking that just because you can talk, you are getting enough air to survive. It doesn’t always work that way.

Certain lung diseases can cause people to not be able to breathe well, like asthma. There are other reasons people might not be able to get enough air. One of those reasons is when the lungs cannot expand fully. If something keeps your lungs from filling with air, you can die. Also, if something squeezes your throat really tight, it can keep air from going to your lungs.

We have probably all made the mistake of thinking that a person who says, “I can’t breathe!” is just saying that to get out of a situation. But, we must understand that they really are having a hard time getting enough air into their lungs, and if we don’t do something to help them, they might die.

Recently, we’ve understood this to be a serious problem with law enforcement officers using force to immobilize their suspects, or someone they want to take into custody. Specific examples are the George Floyd and Eric Garner accounts.  Both men were killed when placed in choke holds or had officers kneeling on their necks and/or backs, and the officers failed to respond appropriately after the men cried out that they couldn’t breathe.

Other examples of asphyxiation like this were completely accidental.  In once case, a teen was killed when he was trapped in his parents’ mini-van in parking lot.  He was unable to fully expand his lungs while he was caught, and eventually died. He called 911 for help, which didn’t arrive soon enough.

We always need to pay attention when someone says he can’t breathe, and help the individual immediately.