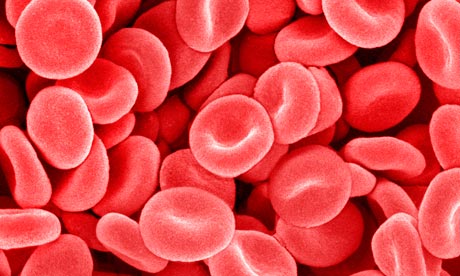 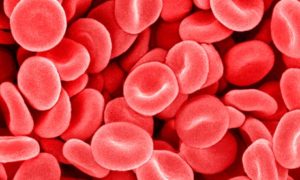 I recently underwent a workup for fatigue, which included a sleep study.  Since I had some periodic limb movement (PLM), the doctor decided to draw some blood and run some tests.

One of the tests was called “TSAT,” which is a short name for transferrin saturation.  TSAT tells the doctor how much iron is in your blood.  Too little or too much iron can cause problems.

In my case, there was too little iron.  This is not the first time I’ve heard that.  In fact, my bone marrow biopsy reports usually indicate absent iron storage.

What I found most interesting was that too little iron can cause some symptoms that I had been experiencing.  First of all, iron deficiency anemia can cause the periodic limb movement.  PLM can disrupt one’s sleep!  Iron deficiency anemia can also cause fatigue.  It can cause something called glossitis, which is inflammation or soreness of the tongue.  That was another problem I’d been having for about a year!

What happens once the doctor determines you’re suffering from iron deficiency anemia?  He or she will attempt to find the cause.  In my case, the doctor assumed  there was some kind of internal bleeding, so he ordered a consult with a GI doctor.  However, being that I have a hematological cancer and have had a long history (more than 10 years) of iron deficiency, my PCP said it was ok to start iron supplementation and check my blood test results again in about 3 months.

This is not the case for everyone, I must emphasize!  In most situations, a trip to the GI doctor to check for internal bleeding, even a small, slow bleed, is the first step.

I’ve been trying to have more iron in my diet.  I used iron supplements for a few weeks, but I have to confess that it didn’t sit well with me.  I felt mild nausea while taking it.  So, I decided to look for foods that were high in iron, and were convenient for me to have around the house.  I’m not known for my culinary flair!

If you’ve been told you need to take iron supplements, there are a few things you need to know!  First, you need to take vitamin C with your iron.  It helps your body to absorb the iron.  My hematologist once told me that taking iron without vitamin C is almost a waste of time and money.  Second, you should know that iron can cause some GI problems. It can cause mild nausea and constipation.  You might have to take a stool softener while you’re taking iron.  If you get plenty of fiber and drink enough water, you will probably be ok.  It’s surprising how many Americans do not eat enough fiber or drink enough water.

Be very careful that you don’t set yourself up for iron overload! If you get too much iron, it’s not a good thing.  Your doctor will probably test your blood regularly to make sure you’re not getting iron overload.