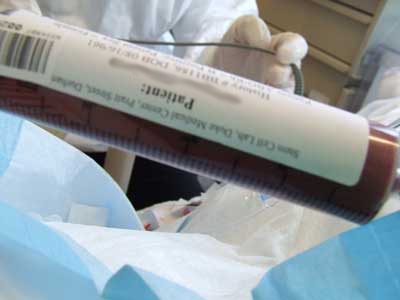 NEW YORK (March 21, 2013) — More than 50,000 stem cell transplants are performed each year worldwide. A research team led by Weill Cornell Medical College investigators may have solved a major issue of expanding adult hematopoietic stem cells (HSCs) outside the human body for clinical use in bone marrow transplantation — a critical step towards producing a large supply of blood stem cells needed to restore a healthy blood system. 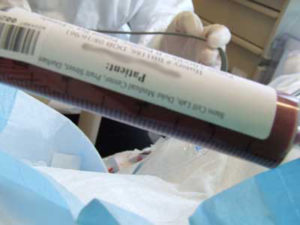 In the journal Blood, Weill Cornell researchers and collaborators from Memorial-Sloan Kettering Cancer Center describe how they engineered a protein to amplify adult HSCs once they were extracted from the bone marrow of a donor. The engineered protein maintains the expanded HSCs in a stem-like state — meaning, they will not differentiate into specialized blood cell types before they are transplanted in the recipient’s bone marrow.

Finding a bone marrow donor match is challenging and the number of bone marrow cells from a single harvest procedure are often not sufficient for a transplant. Additional rounds of bone marrow harvest and clinical applications to mobilize blood stem cells are often required.

However, an expansion of healthy HSCs in the lab would mean that fewer stem cells need to be retrieved from donors. It also suggests that adult blood stem cells could be frozen and banked for future expansion and use — which is not currently possible.

“Our work demonstrates that we can overcome a major technical hurdle in the expansion of adult blood stem cells, making it possible, for the first time, to produce them on an industrial scale,” says the study’s senior investigator, Dr. Pengbo Zhou, professor of pathology and laboratory medicine at Weill Cornell.

“The immediate goal is for us to see if we can take fewer blood stem cells from a donor and expand them for transplant. That way more people may be more likely to donate,” Dr. Zhou says. “If many people donate, then we can type the cells before we freeze and bank them, so that we will know all the immune characteristics. The hope is that when a patient needs a bone marrow transplant to treat cancer or another disease, we can find the cells that match, expand them and use them.”

Eventually, individuals may choose to bank their own marrow for potential future use, Dr. Zhou says. “Not only are a person’s own blood stem cells the best therapy for many blood cancers, but they may also be useful for other purposes, such as to slow aging.”

Bone marrow is the home of HSCs that produce all blood cells, including all types of immune cells. One treatment for patients with blood cancers produced by abnormal blood cells is to remove the unhealthy marrow and transplant healthy blood stem cells from a donor. Patients with some cancers may also need a bone marrow transplant when anticancer treatments damage the blood. Bone marrow transplantation can also be used to treat other disorders, such as immune deficiency disorders.

The process of donating bone marrow, however, can be arduous and painful, requiring extraction of marrow with a needle from a large bone under general anesthesia. A donor may also need to undergo the procedure multiple times in order to provide enough stem cells for the recipient.

Because of these issues of extracting donor bone marrow, there have been a number of attempts to expand HSCs that have focused on the transcription factor HOXB4, which stimulates HSCs to make copies of themselves. “The more HOXB4 protein there is in stem cells, the more they will self-renew and expand their population,” Dr. Zhou says.

But all previous efforts are limited in their applicability. HSCs are notoriously refractory to gene transfer. Virus-based vehicles are thus far the most efficient means to deliver therapeutic genes into HSCs in the laboratory setting. In the past, scientists used a virus as a vehicle to deliver a therapeutic gene into patients with severe combined immunodeficiency disease (SCID) to correct their immune deficiency. However, four children receiving SCID gene therapy developed treatment-related leukemia due to the inability to control where the virus inserts itself in the genome, often on the so-called “hot spots” that activate oncogenes or inactivate tumor suppressor genes. Also, other investigators have shown that it is possible to directly insert HOXB4 protein into extracted bone marrow stem cells. “All you do is add a little tag to the protein, which acts like a vehicle, driving the proteins through the cell membrane, directly into the nucleus,” Dr. Zhou says. “But the half-life of the natural protein is very short — about one hour. So that means that in order to expand blood stem cells, these HOXB4 proteins have to be added all the time. Because the proteins are very costly, this process is both expensive and impractical.”

Dr. Zhou and his team, in collaboration with Dr. Malcolm A. S. Moore’s group from Memorial Sloan-Kettering Cancer Center, took a different approach. They examined why HOXB4 protein doesn’t last long in HSCs, once these cells are removed from the protective stem cell niche that they nest quietly in. They found that HOXB4 is targeted for degradation so that stem cells can start differentiating — that is, turn into different kinds of adult blood cells. “HOXB4 prevents blood stem cells from differentiating, while, at the same time, allows them to renew themselves,” Dr. Zhou says.

The research team engineered a synthetic HOXB4 protein with a scrambled destruction signal. They produced large quantities of the protein in bacteria, and then delivered the protein into human blood stem cells in the laboratory. “When you mask the CUL4 degradation signal, HOXB4’s half-life expands for up to 10 hours,” Dr. Zhou says. “The engineered HOXB4 did its job to expand the stem cell, while keeping all its stem cell properties intact. As a result, cells receiving the engineered HOXB4 demonstrated superior expansion capacity than those given natural HOXB4 protein. Animal studies demonstrated that the transplanted engineered human stem cells can retain their stem cell-like qualities in mouse bone marrow.”

Dr. Zhou says the engineered protein HOXB4 can potentially be administered every 10 hours or so to make the quantity of blood stem cells necessary for patient transplant and for banking. “This is the ultimate goal for what we are trying to achieve,” he says. “There are likely many roadblocks ahead to reach our goals, but we appear to have found ways to deal with one major hurdle of adult hematopoietic stem cell expansion.”

The study was supported by grants from the National Institutes of Health (CA118085, CA098210 and NIHA12008023), the Leukemia and Lymphoma Society Scholar Award and the Irma T. Hirschl Career Scientist Award.